Ask any AFPM member and you’ll hear the same thing, the safety of industry employees and the people and communities around our facilities is the most important part of our work. Fuel refiners and petrochemical manufacturers invest significant resources in safety programs and practices, building on standards set by the Environmental Protection Agency’s (EPA) Risk Management Plan (RMP) program and the Occupational Safety and Health Administration’s Process Safety Management (PSM) program. With the possibility that the EPA and policymakers could make updates to the program, there are three things we encourage them to keep in mind:

RMP is working as intended

The RMP program, launched in 1996, is doing exactly what it was designed to do: reduce and prevent accidental chemical releases from fuel refineries and petrochemical facilities. In fact, industry’s own efforts, on top of the foundation set by RMP and the Occupational Safety and Health Administration’s (OSHA) Process Safety Management standard (PSM), have driven a nearly 50% decrease in process safety events at refineries and a nearly 40% reduction in reportable safety incidents at petrochemical facilities.

Any changes to RMP must be evidence-based and actionable

Since RMP is working and driving continuous improvements in its current form, there would need to be a very solid case to make major changes. Some past proposals to amend RMP haven’t been backed by data. There’s no evidence they would improve safety outcomes, though they are likely to impose huge new costs on regulated facilities:

Using RMP to zero in on hydrofluoric acid (HF) alkylation at refineries could have major impacts on U.S. fuel supplies

As long as the world needs gasoline, there will be demand for alkylate. Refiners make alkylate in order to produce gasoline with the highest environmental specifications. That’s because alkylate is a low emission blendstock with a very high octane rating.

Making alkylate at a refinery involves a chemical reaction started by a catalyst. For roughly half the alkylate produced in the United States, hydrofluoric acid (HF) or modified HF (MHF) is the catalyst. Refineries are designed to accommodate and integrate specific process technologies. If a facility is built for HF alkylation, it cannot seamlessly switch over to another catalyst technology. A study looking at a specific Southern California refinery found the cost to replace just its HF unit with a significantly larger sulfuric acid alkylation unit and separate sulfuric acid regeneration unit would approach $1 billion—significantly more than what the facility owner paid to purchase the entire refinery. For some facilities that cannot access other catalyst or catalyst regeneration capabilities, the only option may be to shutter.

Any loss of U.S. alkylate production and potential loss of U.S. refining capacity stemming from prohibitions on the use of HF would likely result in more expensive gasoline and the potential depletion of U.S. fuel supplies.

Refiners are adamant that the RMP rule not be misapplied to broadly restrict the use of HF. We feel this way because our industry has the most rigorous safety practices (API Recommended Practice 751) for managing HF and keeping everyone at our sites and in our neighboring communities safe. These Recommended Practices are regularly and continually updated, made more rigorous to incorporate new learnings and ensure that the most effective risk mitigation procedures and technologies are being used across industry facilities.

When performance standards are working, let them work

RMP is a success because it is a performance standard—built on collaboration among industry, regulators, process safety experts, emergency responders and communities. Performance standards purposely avoid rigid prescriptions in favor of requiring continuous improvement from regulated parties, understanding that there will be different approaches and different tools used by facilities to make their improvements. Having the freedom to take a customized approach to meeting performance standards fosters process safety innovation among regulated industries.

Under this RMP structure, and through an array of complementary industry-led process safety programs, U.S. refiners and petrochemical manufacturers over the last two decades have not only achieved significant reductions in their process safety event rates, but they have also consistently had the lowest rates of occupational safety, injury and illness among the various manufacturing sectors. Out of 503 industries reporting to the Bureau of Labor Statistics in 2020, U.S. refiners had one of the five lowest rates of employee injury and illness.

We’d like our progress to continue, and the current RMP will support us in that effort. 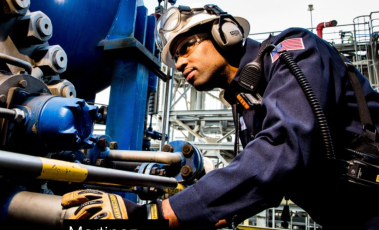 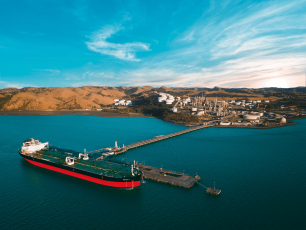 Bad Ideas on the Rebound: Why Minimum Inventories & Export Restrictions are Still a Lose-Lose

Restricting exports would be a major unforced error for the President, tightening global fuel supplies, throttling U.S. fuel production and increasing costs for American consumers. Likewise, imposing product inventory requirements boils down to siphoning gasoline and diesel into storage, and away from consumers.
Read More
Blog 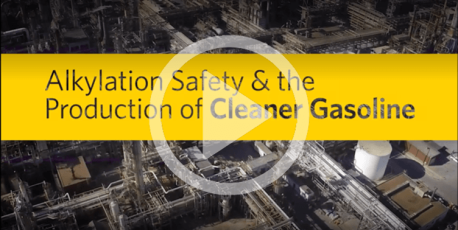